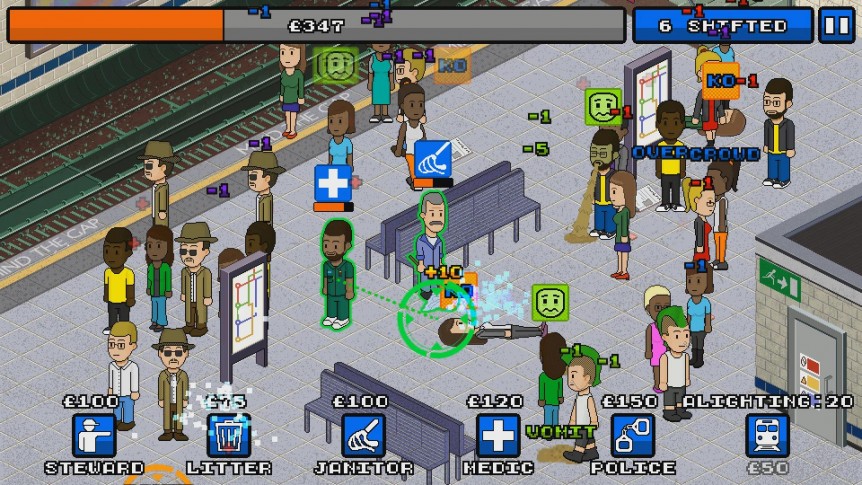 One-man indie developer Squareplay Games has today announced Overcrowd: A Commute ‘Em Up for PC with a hilarious new trailer.

Overcrowd: A Commute ‘Em Up casts you as manager of some of the busiest underground stations in the world. With London in the grip of a 24 hour tube strike, why not see if you could run the transportation network better?

Don’t let the cute isometric visuals fool you: Overcrowd is brutal and not for the innocent – just like your commute. Commuter rage, gastric flu, rodent infestations and, of course, tube strikes, are just some of the many dynamic events that will make your life a living hell.

Overcrowd is all about managing your resources; hire and fire a motley team of cops, medics, litter pickers and janitors. Order them to hotspots, and level their skills. Above all, keep the commuters flowing! The crowd dynamics and simple but reactive AI set the stage for emergent gameplay that feels different every time.

The game is currently in Greenlight on Valve’s Steam store and a demo is due to be announced shortly.