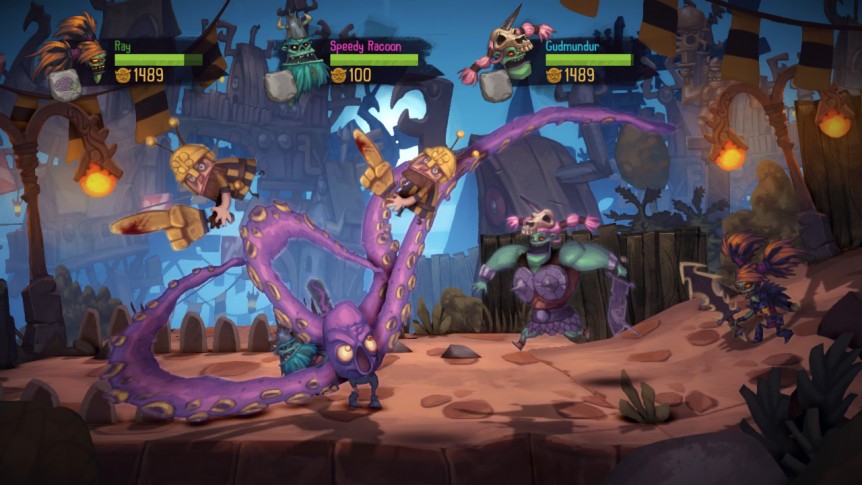 Zombie Vikings is coming to Steam (PC) in December, and will launch with platform-specific features such as Steam Trading Cards and Steam Cloud Saves. At the same time, Zoink ships a major update to the PS4 version of the game.

“We’ve listened to feedback from our community, and have used this to change the game for the better,” says Klaus Lyngeled Creative Director at Zoink. “Among many things, the single-player experience is changed. We’ve added a snuggly Unicorn Pig called Oink that’ll join you in your adventure. All good games should have a Unicorn Pig.”

The Steam version will include this update and All PS4 users will be able to download it for free. More info about this update will come shortly.

About Zombie Vikings
From the creators of indie smash hit Stick It to The Man! comes a new one to four-player co-op stab-you-in-the-gut-a-thon. Embark on a dead funny adventure with the Zombie Vikings. A putrid posse sent on a mission through the most epic of worlds to retrieve Odin’s lost eye.
Play as the most fearsome Vikings ever raised from Norse soil – Gunborg, Seagurd, Hedgy and Caw-kaa. Hack through the gingerbread swamps of Molgaga! Cruise through the intestines of the Midgaard Serpent! Fight giant poultry!