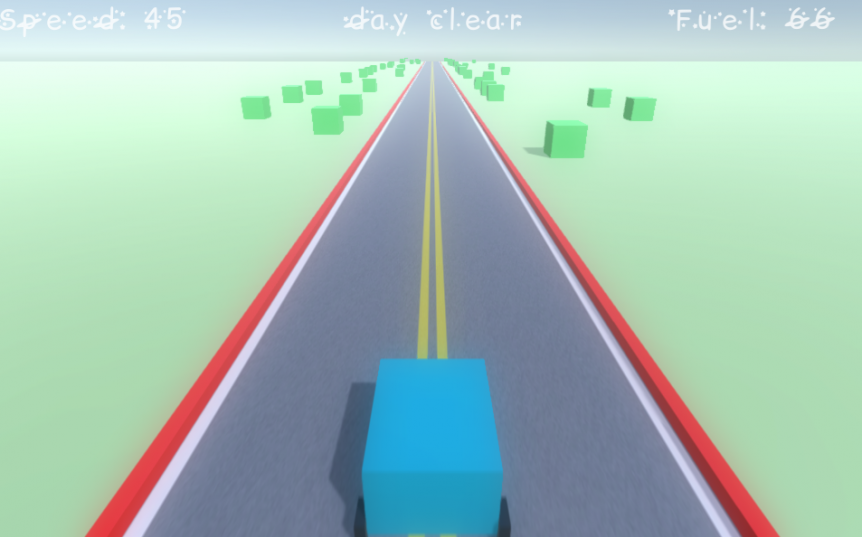 Weather API Game is a small game I made during UkGovHack, April 2-3 2016
UkGovHack was the first non-mlh hackathon I have attended this year (game jams don’t count)

After forcing myself up in the morning, I took a quick shower and grabbed my bag, that I packed the night before, stuffed to the brim with controllers, wires and tech. I didn’t and never know what I want to make at these things, so I bring as much as I can.

Although like normal I didn’t have a idea prior to the weekend, I did have a team. Two of my old school mates managed to get tickets and we had already decided we would be on the same team.

I arrived at the venue, about 30 mins late caught up with my hacker friends then found one of my old mates, the other one decided he wasn’t feeling up to it at the last minute and canceled. A shame, but we would have just as much fun without him.

The opening talk was about 30 mins late, which meant everything in the morning was pushed back by half an hour and lunch would have to be cut short to make up for the lost time, there was a gasp from the audience when they announced that.

One of the challenges of the hack was to use two sets of data, one public and one from https://data.gov.uk/. We decided this challenge seemed cool, so we would base our hack around it.

We came up with the idea of making a game where you play as a car and avoid obstacles based on local traffic accidents and mixing it with your local weather, so if it’s raining and there is a car crash near you in real life in the game it will be raining and you avoid car crashes.

After getting some feedback from some people we realised they did not have the same enthusiasm as us for our idea and it was a bit morbid. So we decided to scrap the part with the traffic accidents and focus on the weather element.

My role in the team was to build the front end of the game and my project partners was to make the back end. This let us play to our strengths as I am experienced in making games in unity and they are an api wizard.

We made good progress, but then took a break for dinner that lead to a game of werewolf and a lot of socialising, what was supposed to be a short break ended up taking hours. We eventually got back to our seats and started working again. We built the 2 parts of the game and stuck them together in the middle of the night, we both ended up sleeping on the booth we were working in.  We ended up making weather effects for day/night and clear/raining/fog/cloudy.

The morning was a quite relaxed, I made the powerpoint and my partner the devpost page, we also had time to work on the game tutorial. Sadley we couldn’t think of a good name for our game, so we stuck with “Weather API Game” 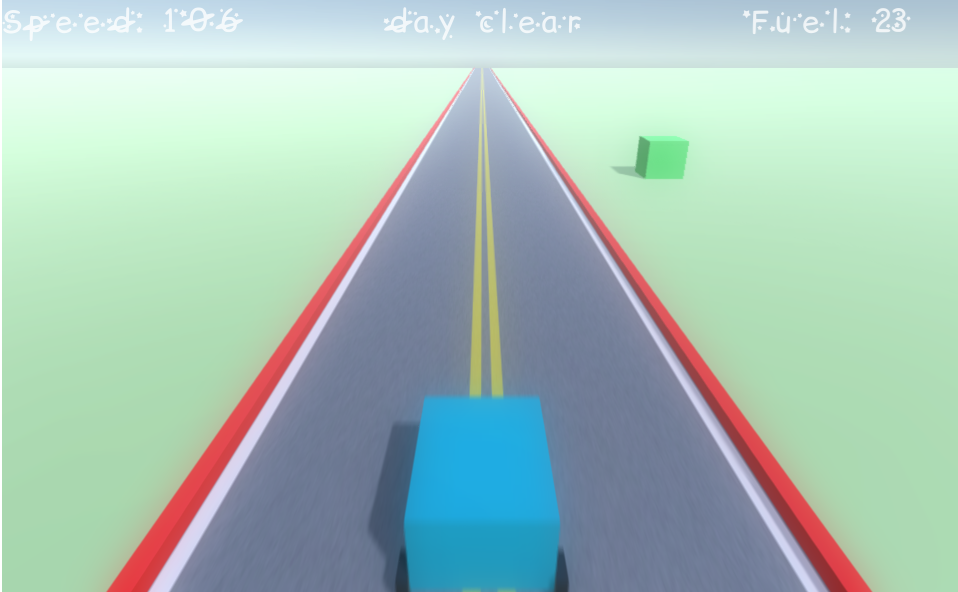 We had the game working fully on a tablet with a controller and made a slightly broken web version for everyone to test and play with.

We presented and got a few laughs from our slides, the web demo we showed worked and the audience was impressed. Sadly we did not win a prize, this may be due to the fact we didn’t actually use two datasets, but we did gain a lot of experience and had a lot of fun.