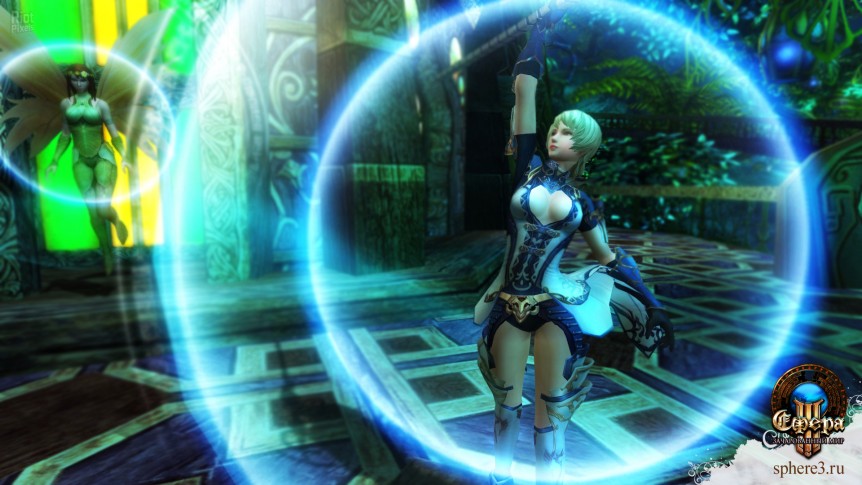 NIKITA ONLINE prepares to proceed with the closed beta test for its new own-developed title Sphere 3: Enchanted World and to give players the first taste of the title’s definitive gameplay feature: elaborate castle siege mechanics.

NIKITA ONLINE, a game company currently working on the successor to the first Russian-made client MMORPG Sphere, scheduled the launch of the second CBT for Sphere 3: Enchanted World.

Since 12 p.m. on June 22 Sphere 3 pioneers will be able to rejoin the game after more than two weeks’ worth of cease-fire and start from exactly the same place where they stopped after the Sphere 3 first CBT was officially finished. The progress made by the game characters will be secured to allow their owners to partake in castle sieges as soon as possible.

“The second CBT appears to be much more promising in the way of sheer scale, interesting events and overall dynamics. It’s all due to special stress we this time lay on the game’s key features, such as castle sieges and free PvP,” states NIKITA ONLINE’s Public Relations Manager Pavel Elchenko. “Sphere 3 debut is perfectly demonstrative of how important it is for developer to receive first-hand insights by constructive minded audience. The most active and helpful CBT participants are surely to be rewarded after the game’s beta test goes open.”

Gamers can still apply for the second CBT on Sphere 3: Enchanted World official web-site (http://s3.gamexp.ru): the access to the game’s early version is granted at random. It is possible for users to secure their chance at the CBT participation by gaining themselves access codes which are already being given away by Russian gaming media outlets, as well as the game’s official community on the social network VK.com (http://vk.com/sphere3).

This time the Sphere 3 first comers have more opportunities to communicate with the developers not only sharing bug reports and ideas as to the game’s improvement, but asking questions. A thread meant for that purpose is started on the Sphere 3 official forum: http://forum.gamexp.ru/showthread.php?t=408211.

Sphere 3: Enchanted World is a new epic journey to the fantasy realm of Sphere, inhabited by creatures of four playable races co-existing in a state of precarious equilibrium which rapidly falls apart in the wake the ancient evil. Sphere 3 developers have gone to great lengths to preserve the signature features of the original Sphere: variety and depth as regards to game mechanics. The whole new non-target combat system and elaborate storyline were incorporated in the game since the earliest phases of development. In their work on new Sphere the developers were associated by the well-known Russian-speaking science fiction and fantasy writer Alexander Zorich and sound design professionals from Strategic Music company.