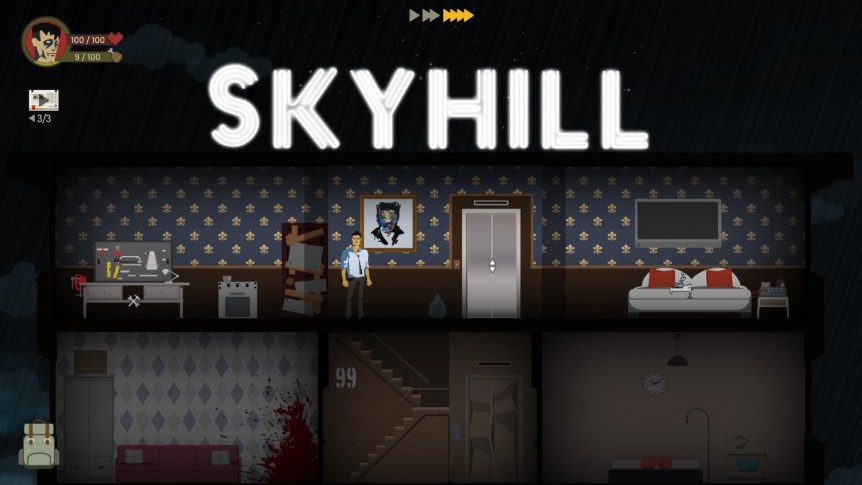 Skyhill, the new survival roguelike by Daedalic Entertainment and Mandragora is now available on Steam. And we want to celebrate this with a new trailer! Skyhill is available on Steam for 14,99 €/£11.99 for PC and Mac and will be released at a 10% discount for a limited time.

Skyhill is a noir survival roguelike in an apocalyptic setting, published by Daedalic and developed by Mandragora. Players will walk in the shoes of Perry who survived World War III and now also an atrocious assault with bio-weapons. He survived, because he resided in the penthouse suite of the high class Skyhill Hotel when the world began to change for the worse. Mutants lurk everywhere, eager to rip anyone to shreds with their claws. Scavenging for supplies, Perry has to fight his way through the 100 hazardous floors of the Skyhill Hotel.