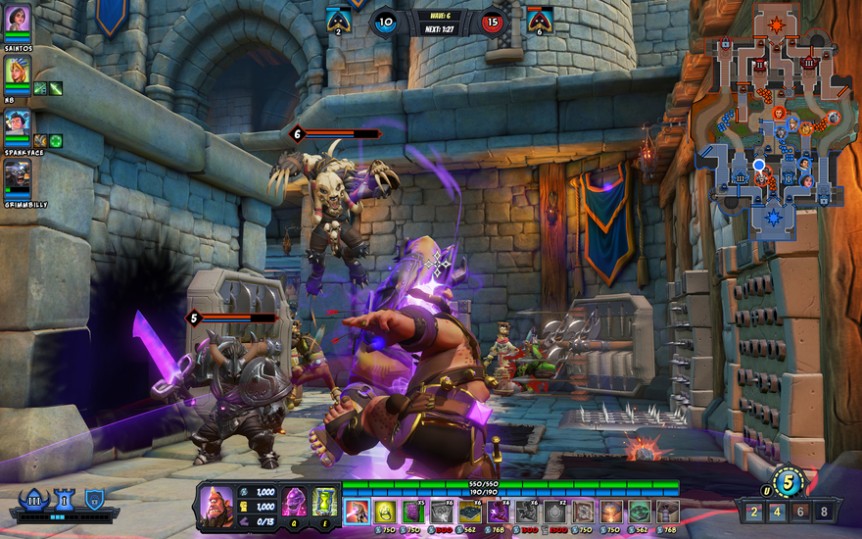 In the latest beta update of Orcs Must Die! Unchained, publisher Gameforge and developers Robot Entertainment are sending the sassy mage Zoey out into battle. Still very much wet behind the ears, the aspiring young mage does not always manage to carry out her casts in the way she intends. As a result, Zoey’s standard attack randomly sets a magical damage type – e.g. fire or ice damage – at the start of each battle. Using her ‘Chaos Blast’, the mage first fires a magical projectile and then randomly selects a new damage type. Each switch gives Zoey a buff that strengthens her attack temporarily: well-timed switches between types act as her trick up her sleeve! If all else fails, the young apprentice makes use of her spell book to club her way through the enemy lines.

On top of this, update 2.5 also simplifies player communication, whilst PvE fans can now also resist the endless waves on the ‘Cliffside Clash’ map. A full list of all changes can be viewed in the patch notes

About Orcs Must Die! Unchained
Orcs Must Die! Unchained is the third part of the critically acclaimed series from game development studio Robot Entertainment. Its mixture of tower defence mechanics and the gameplay of a third-person shooter provide strategically challenging as well as high-octane action multiplayer combat for up to five players on each team. The task at hand is to prevent the enemy faction and their horde of AI-controlled accomplices from reaching and destroying your rift on rich and varied maps. Alongside a great selection of hero classes, each with unique skills and casts, the players also have a wide range of different traps that can be upgraded as time passes. Orcs Must Die! Unchained is set for a 2016 release as a free download for PC.