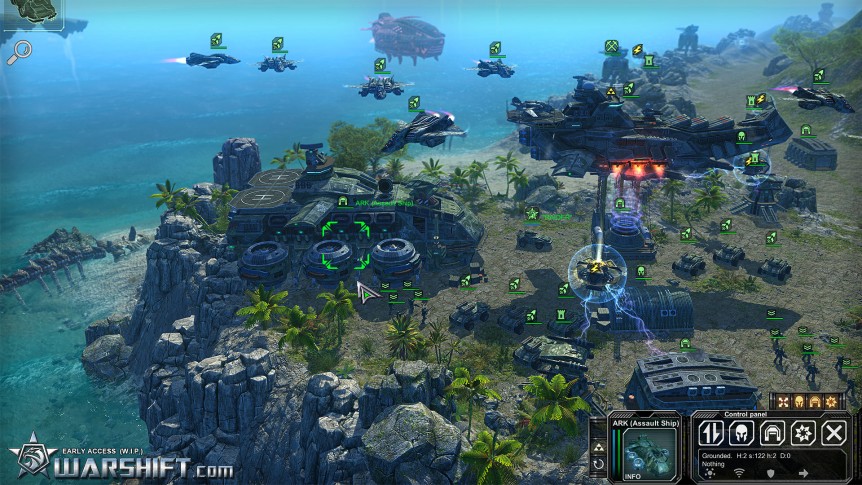 WARSHIFT is an indie experimental project where Action, RTS and RPG gameplay elements are combined in one space epic. You can build bases, manage armies, and then come down to keep the enemies at gunpoint, gain experience in dynamic battles and customize your main characters and vehicles. This project is being developed by just one person – Cyril Megem, who is both artist, game designer and programmer in this project. He worked hard to implement many his and community’s innovative ideas in this game.
To celebrate the launch a brand new trailer has been released:

“The game is in Early Access because it is playable but not currently feature-complete and not represent its full potential. I came up with idea of this game a long time ago. Once, I’m decided to stop just to dream, but to make it real. Being a professional artist, game designer and programmer, I spent 10 years of my life working for many game companies. Finally I decided to leave my last job, staying home like a hermit for a while, and focusing on my own game title. The game you see here is a result of my personal day to day hard work over a 3 years. So, Early Access is a necessary step on the way to my ambitious goal – create together with players a new genre of the games that includes Action, RTS and RPG elements in one.” – says Cyril, project creator.