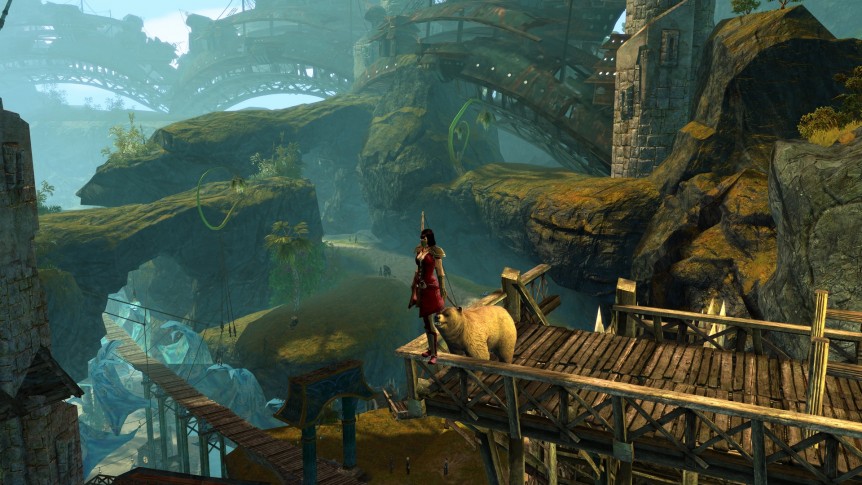 Mike O’Brien, president and co-founder of ArenaNet, announced that Guild Wars 2 is going free just before the launch of it’s expansion. In a market dominated by Not-So-Free To Play shenanigans the words of the official statement sound great:

Guild Wars 2 has the simplest of business models: buy the game and play it as long as you want with no monthly fees. We continue to believe in buy-to-play. It’s good for gamers and good for developers.

Expansions are the one place where the buy-to-play model gets a little tricky. When you’re coming in as a new player to a game that has a bunch of expansions, what exactly should you buy in order to play with your friends? The base game and also every single expansion? We’ve seen examples in the industry where that kind of thing has gotten out of control. It doesn’t seem right, and we want to do better. As we get ready to ship our first expansion for Guild Wars 2, we want to ensure that we keep the business model friendly and simple. So let’s be clear that when we say Guild Wars 2 is buy-to-play, we’re only asking you to buy one thing: the current release, Guild Wars 2: Heart of Thorns.

Then we get info about about details limiting the abuse of free accounts by spammers and gold farmers. Less character slots, some chat and economy restrictions and some stepping stones in leveling up to avoid level 1 bots where they are not meant to be.

More details can be found in the FAQ.

There are definetly no more excuses to not try one of the best MMORPG of the last years.