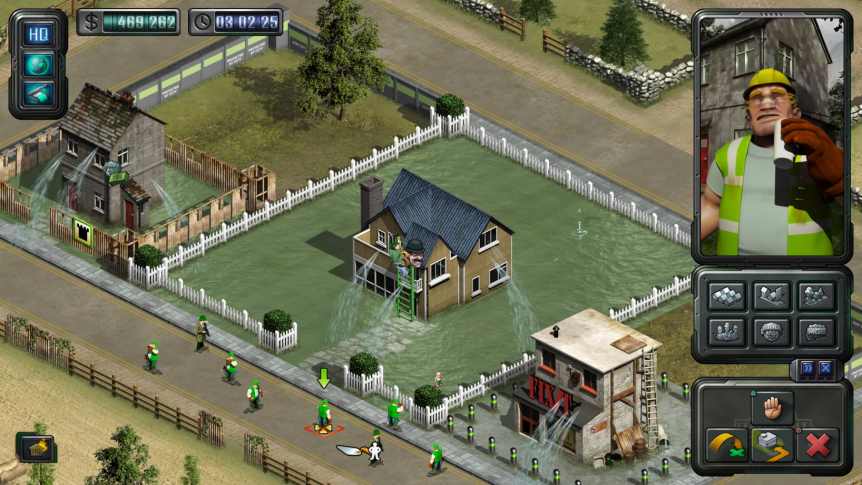 System 3 have today announced that 18 years after its original release, Constructor will be making a return on next-gen consoles and PC in 2016.

Development head John Twiddy, renowned programmer of The Last Ninja, Ikari Warriors, Disney’s Aladdin and the original Constructor, along with legends of the original team, Phil Thornton, Dan Malone and Joe Walker, has begun development of Constructor HD, a reimagining of a classic that inspired games such as The Sims and became one of the biggest games of the 90s.

Originally launched in 1997, Constructor sold over 5 million copies worldwide, then famously launched on the original PlayStation One which was emulated on PSN as a downloadable PS One classic.

Constructor sets players as budding property tycoons, who must take on their rivals in the creation of a successful city. This doesn’t just involve the speedy building of homes and businesses, however; players must negotiate the tangled web of Undesirables, a motley collection of reprobates that can be used against them – and by them, against others.

The use of Undesirables forms one of the core gameplay mechanics. Whether employing a group of antagonistic thugs to terrorize a neighbourhood, sending round a hippy to squat in opponents’ empty properties, bringing in Mr Fix It to botch their gas supplies or involving the criminal underworld in your enterprises, there are many tools at your disposal to help hinder your fellow players and make their commercial lives a living hell. Facing a protection racket from the mob? Why not send along a group of maniacal clowns to terrify your enemy into submission!

“Constructor is a game I took great joy in creating, and having the chance to delve into its universe once again has been incredible”, said John Twiddy. “A whole generation adored the original. I, along with the original collaborators, am delighted to be showcasing Constructor’s unique charm to a whole new audience.”