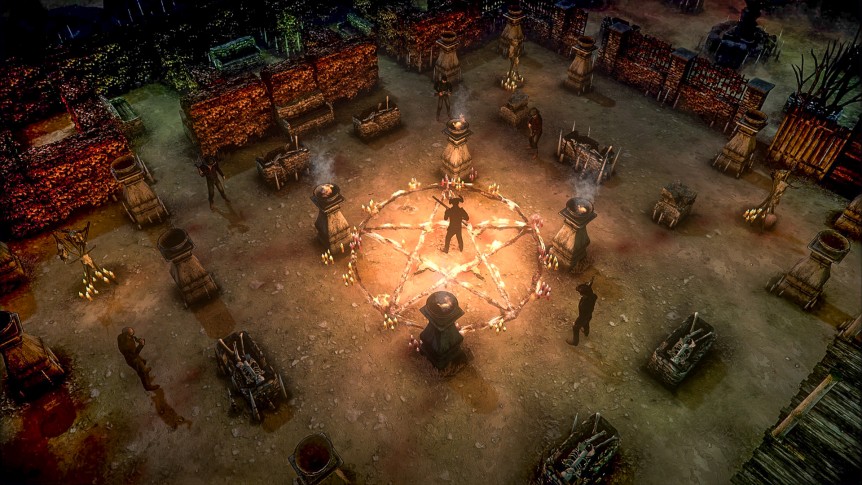 The release of Hard West, the anticipated tactical turn-based western of six-shooters and the supernatural, is being pushed back to give the developers more time for additional finishing touches and fine-tuning. Hard West will now be coming to PC (Win/Mac/Linux) on November 18th.

“Creating a game is an ever-shifting process in which one change can lead to another. Although we recently announced a release date, a few last-minute changes revealed some excellent opportunities for improvements. While it would be easy to patch in little details, we all know how we feel about such moves. When the game releases, it should be as good as it can be.

The scope of Hard West and its story is going to surprise a lot people. Its complex, with choice and consequence, and this extra time allows us to ensure that everything has the level of polish it deserves.”

Follow Warren on his descent into the darkest recesses of the human soul, and try to survive in a world full of hard choices and even harder consequences. In this world, death is a constant presence and the black pacts you make will forever haunt all those around you.

Fight your way through 40 missions of henchmen, cultists, and cannibals in your quest for vengeance. Uncover the plans of the ancient powers at play and make difficult choices that resonate throughout your journey. Collect and combine poker cards to craft special abilities, and arm yourself with an eclectic collection of firearms including outlandish prototypes of the era.

Hard West is the second game from Warsaw-based studio, CreativeForge Games, and features the talented writing of Haris Orkin (Company of Heroes 2, Dying Light and Call of Juarez series), and an original score composed by Marcin Przybyłowicz (The Witcher 3: Wild Hunt).

Hard West, coming November 18th, can be pre-ordered now with a 20% discount via Steam.