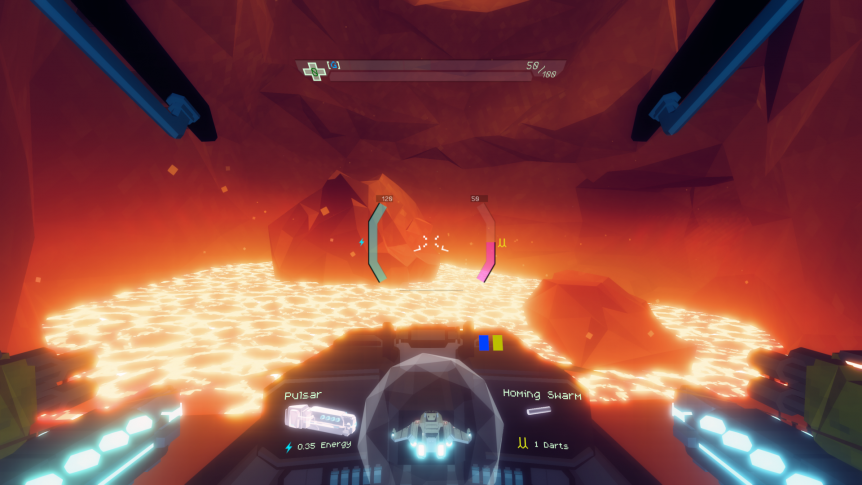 Sublevel Zero is a first-person, six-degree-of-freedom (6DoF) roguelike shooter set in a universe where reality is falling apart. Step into the cockpit of a lone gunship and navigate your way through a labyrinth of procedurally-generated 3D levels, puzzles and foes to source valuable ancient artefacts. Descend into a vast underground facility in your mission to loot and craft ancient technology which holds the key to your clan’s survival. Inspired by gaming classics such as Descent and Forsaken as well as contemporary shooters like Teleglitch, Sublevel Zero’s gravity-defying combat is driven by modern looting and crafting. Every shot and every decision counts as you navigate each hazard before it is too late. The emphasis is on survival and ammunition is scarce so you will need to strengthen your tactics, adaptability and skill in order to survive enemy encounters.