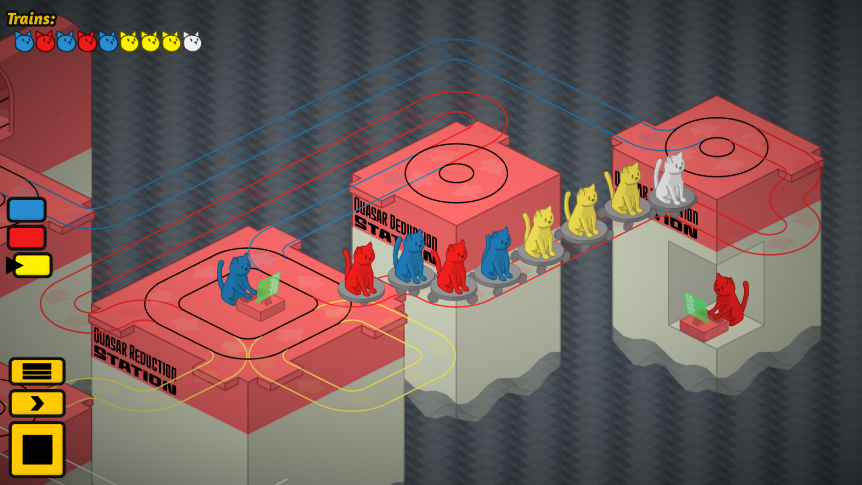 Cranktrain are excited to announce that The Cat Machine, a game of logical puzzles and cats riding around on trains, has been released on Steam, for Windows, Mac and Linux!

At long last, The Cat Machine allows the player to step into the shoes of the cat (yes, a shoe-wearing cat) tasked with designing those Cat Machines and saving the earth from being devoured by the sun. Guided by the enigmatic Science Cat, intrepid players must solve more than fifty logical puzzles, laying tracks for a host of possibly-magical cats to ride along. Get a cat travelling along the right path, and it’ll fly away to freedom, and thus, the planet continues to spin for another day. It’s probably best you don’t mess up.

After blitzing through the Steam Greenlight process in less than seven days, the game is available on Steam for Windows, Mac and Linux. DRM free copies are also available from Cranktrain.com and the Humble Store.

Cranktrain is an independent game studio based in the UK ran by developer Matt Luard, whose previous work has been picked up by numerous publishers, including Nickelodeon. Music is provided by the multi-talented composer Peter Nickalls.