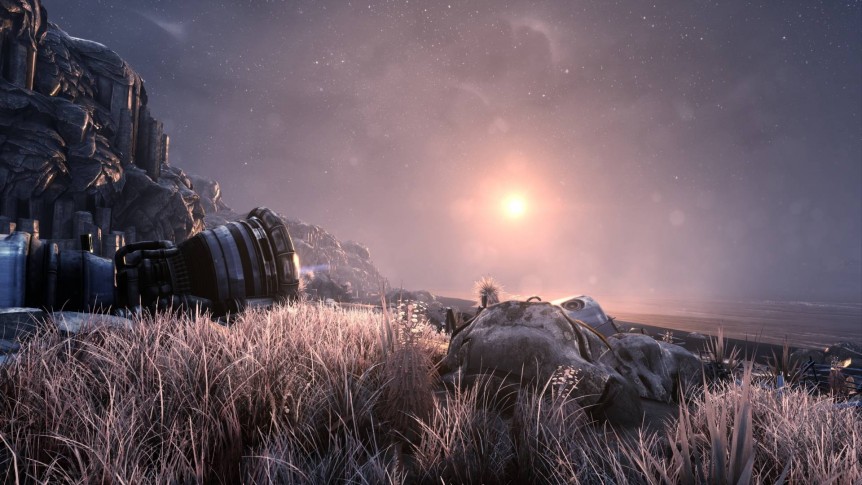 The Solus Project is a first-person single-player survival game headed to PC and as a console exclusive to Xbox One, via the [email protected] self-publishing program. It was also one of the big hits at this year’s E3 and Gamescom.

GRIP Digital and Teotl Studios’ are pleased to release this stunning 8 minute uninterrupted gameplay video introducing players to the environment they will be immersed within.

The Solus Project strands you on an alien planet, and challenges you to get to grips with the harsh environment as you struggle to find a way to send a signal home, and save the human race in the process.

FEATURES
Explore
Survive through exploration. Unlock the depths of the uncharted planet, and the secrets buried deep below. Delve into huge cave systems and tombs and uncover over 200 secrets.

Survive
Survive the extreme climate, tornadoes, storms, meteors, lightning, and not least the dark secrets burried beneath the surface.

Savior
Your death means the end of mankind. Save us and rebuild a communication device to phone home, by scavenging useful items.

Adventure
Be a pioneer, an archeologist, and an astronaut to explore a mysterious alien planet. The adventure has a beginning and an end, but it is a harsh world. A mistake will cost you your life.

Length
Many kilometers/miles of alien islands, caves, and tombs.