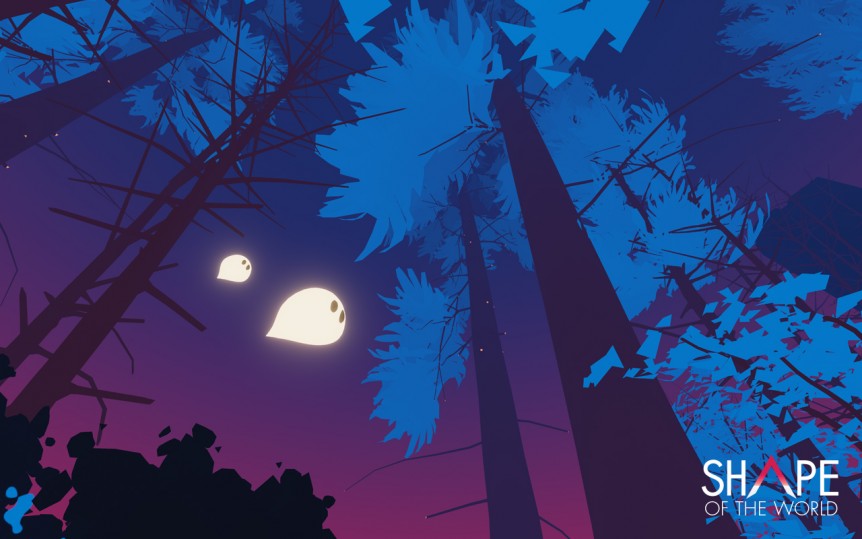 Shape of the World, the colorful exploration game where the world grows around you, is now coming to Playstation 4.
This is in addition to the previously announced platforms Xbox One, PC and Mac.

Lead developer Stu Maxwell says he experienced the breadth and strength of the Playstation indie game community at E3 2015. He got to witness first-hand the excitement and innovation surrounding the next generation of titles. It’s time Shape of the World joins the Playstationfamily.

Shape of the World is currently running a Kickstarter campaign in hopes of funding the game for a Summer 2016 release date. All reward tiers that were previously noted to include a copy for the Xbox One or PC will be extended to the Playstation 4. The Kickstarter campaign will end on June 30, 2015.

Stu Maxwell, whose day job is making VFX for The Coalition (Gears of War) in beautiful Vancouver, Canada, is leading a small team to develop this equally beautiful game. They will bring a new purpose to first-person gaming. This exploration game has no scores or levels but instead gives you the power to craft your own journey. Be rewarded for straying off the path, not for grinding through quests.

Contact the developers for the latest demo at hello at shapeoftheworldgame.com

The Kickstarter campaign can be found at https://www.kickstarter.com/projects/hollowtree/shape-of-the-world