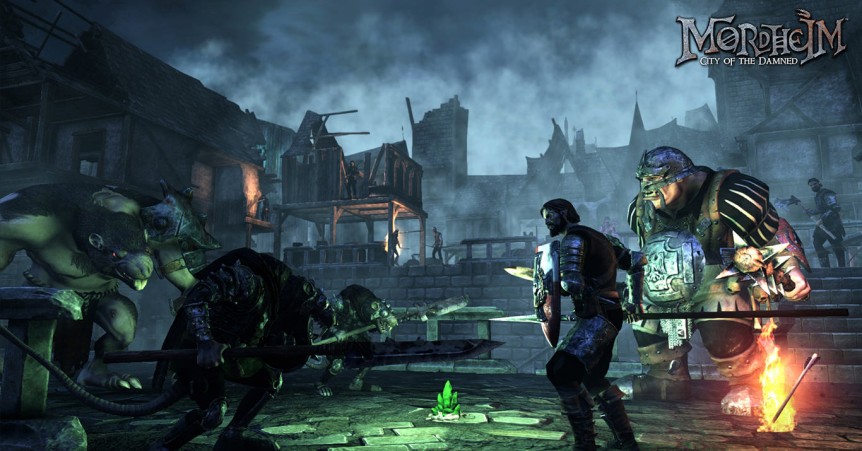 Focus Home Interactive and Rogue Factor today unveil the launch trailer for their video game adaptation of Games Workshop’s cult classic Mordheim. Set in the Warhammer world’s decimated Empire city, Mordheim: City of the Damned is a turn-based tactical game where you lead Warbands into bloody and lethal skirmishes. The game blends RPG elements, fast-paced tactical combat and intricate unit customization in a time wrought by chaos and rivalry where only the strongest survive.

Instead of the launch trailer, which show very little actual gameplay, here is a feature overview video:

After the Comet of Sigmar crashed on Mordheim, the City of Damned turned into a terrifying battlefield where rival warbands fight fiercely for the control of key neighborhoods, looking for glory and fortune by acquiring the very valuable Wyrdstone fragments.

Mordheim is a hostile place, so make sure you’re ready when traveling across all the different districts. From the Temple of Sigmar, to the Market District or the Count Steinhardt’s palace, Mordheim is not only filled with enemy Warbands but also with other evil creatures lurking in the shadows, such as the great Chaos Ogre, the lethal Alluress, the Curator, and many more.

Featuring four independent campaign modes for each of the four Warbands, as well as multiple online modes, develop your Warband and take them into the fray online, enjoying many maps within the City of the Damned, featuring both procedurally generated campaign missions, and procedural map elements.
Links: