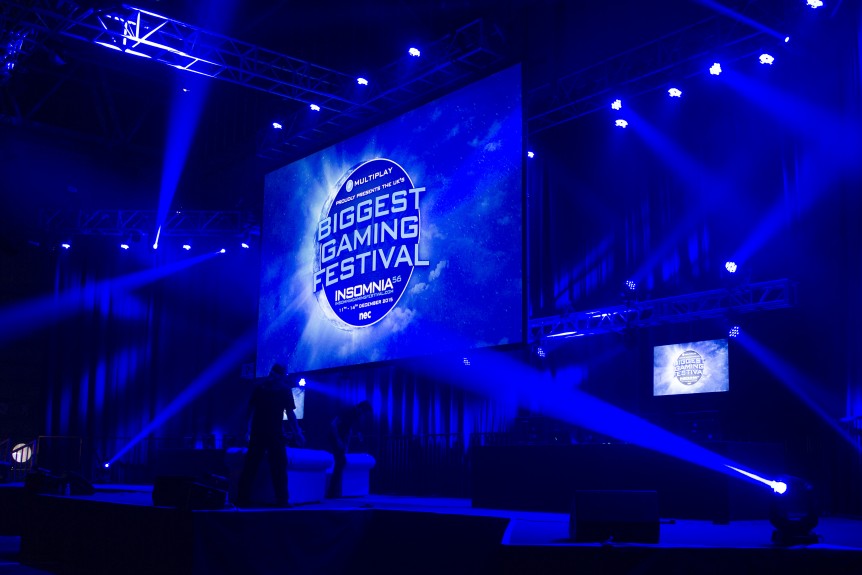 Last weekend Degeneration IT went to Insomnia56 at the NEC in Birmingham. The line up was full of interesting talks and amazing indie games.

There was a lot of Minecraft, I admit it, but we saw a wide range of indipendent developers showing off great games. 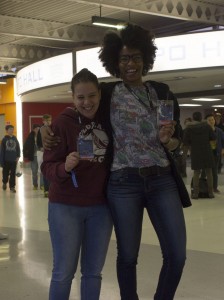 Me and Stormy Jazzy showing off our Press Passes

[email protected] was new to me: a program by Microsoft for indie game developers to publish their game on XBox One or Windows. It gives access to SDKs and provides support throughout development and publishing.

Insomnia was divided in two main halls: one for the Lan party, huge place with thousands of people playing. And the other with all the various stands for hardware, games and merchandise, but especially two big stages with awesome talks going on.

It was very interesting to see also RAF SKYTECH, an Augmented reality space put up by Royal Air Force. It was great to see the engineering and practical side of technology, seiing virtual reality actually applied to somethings so real and practical other than games and entertainment was extremely fascinating.

Among the indie developers we saw (and played):

And there were a lot of others.

Walking in those halls full of people just playing, cosplayers, family members looking a bit confused and queues of people trying on the latest VR set or admiring all the hardware and merchandise was a blast. You end your day really tired, but you go home and you want to play.

The best thing was to be able to talk to so many people interested not only in playing, but in all the creativity and effort that stands behind it.