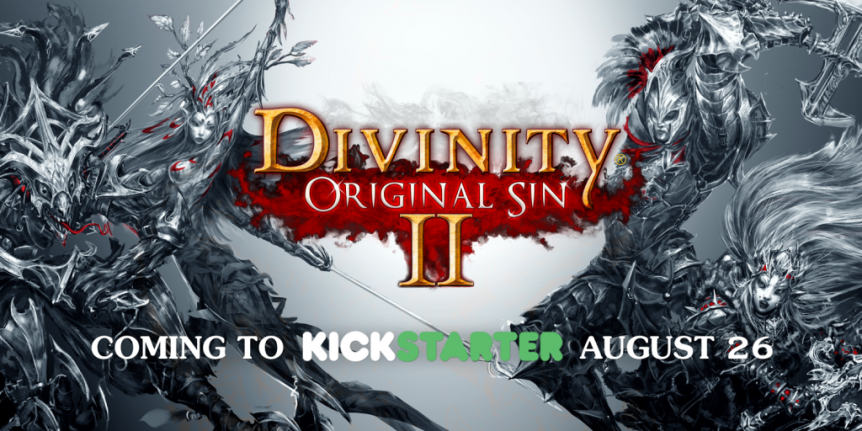 Larian Studios announced with a blog post one of their “secret projects”: it’s Divinity: Original Sin 2, followup of what is probably the best game of the last years.

The Kickstarter will start on August 26th, and they’ll show a prototype at Pax Prime (Seattle, Aug 28-31).

Sven say on the post: “Divinity: Original Sin wouldn’t be the game it was without the input from our Kickstarter backers & Steam Early Access players. There were a lot of them and they pushed us forwards in directions we hadn’t anticipated when we started development. To this day, our entire team is incredibly grateful for this. Our community was a critical factor for the success of the game. Without having that same community on board, I think it’s going to be very hard for us to achieve the goals we have with Divinity: Original Sin 2, and so we’ll do our very best to convince them to back us once again. The result at the end will be so much better if they do.”

The post also explain the market viability of doing a product like the Enhanced Edition for D:OS (that will be free for people that already own the game), with a trasparency that you can rarely see in develepers and PRs. But Sven makes a lot of sense, saying they are investing in tech that will be usable for D:OS2 and allowing them to focus more on gameplay.

Sven also knows how to tease us:
[quote]There’s a small scene in D:OS 2, right at the beginning of the demo that we’ll be showing to press and players at Pax Prime. It’s a small detail, but every time I see it, my heart starts beating faster because of the enormous implications it has for the entire game. It was when I saw this that I felt sure about taking it to Kickstarter. I think other RPG players will recognize what it means for the game and their hearts will start beating faster also.[/quote]