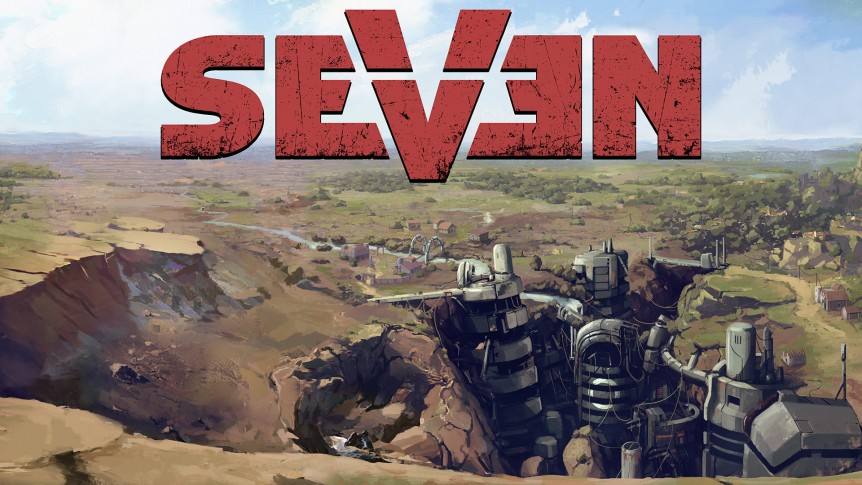 A month has passed since several former CD Projekt RED developers announced leaving the studio, going independent, starting Fool’s Theory and establishing the co-operation with IMGN.PRO, the creators of Kholat, to work together on the new title. Being an isometric game developed on Unreal Engine 4, was all that was known about the project at that point. A month later both teams are finally ready to shed some light on what they’ve been working on.

Huh? How did I end up in here? Well shit, that ain’t no mystery. I walked up to them guards outside and politely asked if our beloved Emperor Drugun hadn’t made up their entire holy scripture while sitting on the crapper. They laughed, I laughed, they kicked my face in and threw me inside. Fair trade if you ask me. ‘Cos you know what? Heh. That fat sack Drugun isn’t the only one looking for something in them buildings…

That’s how the story in Seven begins. As a lone traveler roaming the world of Empire of Vetrall, you’ll be constantly facing its cruelty and dual nature. The Apocalypse that took place many centuries ago didn’t wipe out all. Humanity or what’s left of it, has slowly recovered, but the shape and condition of this new world is far from what it used to be. In this new reality Dark Ages are constantly intertwining with the ancient advanced technology, and it doesn’t make it any easier for those who were lucky or unlucky enough to survive.

Seven is a Thief-inspired, 3D isometric RPG in which players will get a chance to freely explore the sandbox world of Vetrall Empire. Set in a ‘beyond post-apocalyptic’ environment the title will redefine the isometric RPG genre. The classic gameplay is totally reinvented by the protagonist’s ability of free-traversing obstacles on any height, both horizontally and vertically, thanks to his parkour skills. The story created by the minds behind The Witcher 3: Wild Hunt, will be far from black and white. Lots of branching choices and difficult moral decisions resulting in surprising plot twists, are to be expected from this upcoming PC RPG fueled by Unreal Engine 4.