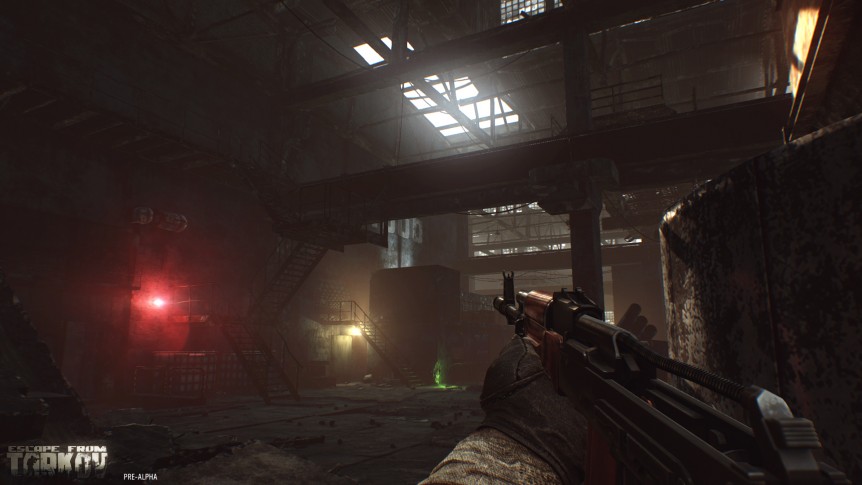 Escape from Tarkov is a hardcore story-driven MMO which combines the elements of FPS/TPS and RPG. The events take place in the Russian city of Tarkov, which has been sealed of by roadblocks and sunk into the chaos of local warfare between private miltray companies. The extreme conditions combat simulator employs a number of custom system modules to create an incredibly immersive gameplay and make players feel the reality of what is happening in the game. The closed beta-testing of Escape from Tarkov is planned for 2016. Sign up on the official project page at http://www.escapefromtarkov.com/

The developers from Battlestate Games, a Russian game studio, have released the hot new video with gameplay of their online game. The video is set in the outskirts of the Tarkov city, in one of the chemical plant’s dorms that is now being used as a staging post by local raiders. At this location, characters of Escape from Tarkov can encounter Scavs, who have made the place their headquarters and are unlikely to welcome surprise guests. The video showcases inventory management, partial weapon tweaking, search for items, and investigation of the player’s surroundings.