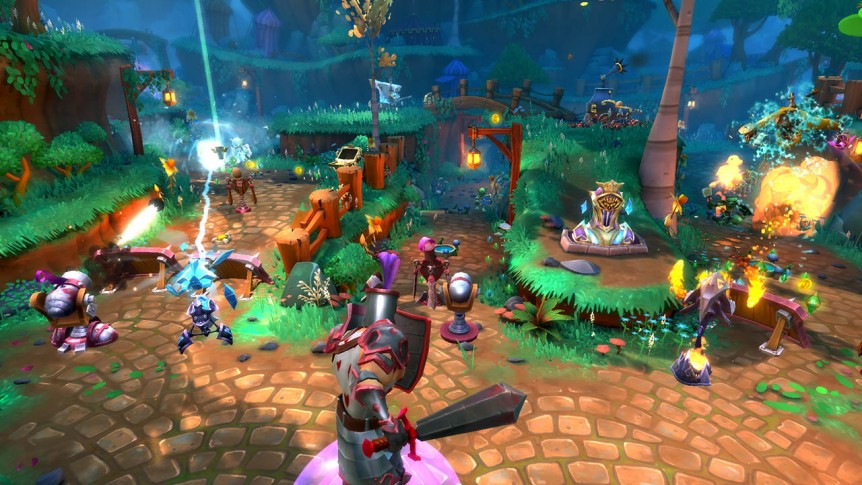 Trendy Entertainment has announced that Dungeon Defenders II, its action-tower defense game, is now available as a free-to-play open alpha on PC via Steam Early Access.

Open alpha arrives on PC on the heels of last week’s new “Ascension” patch, which plays with Dungeon Defenders II in some fun ways. Towers are now bigger and stronger, and enemies have been rebalanced to match the challenge. In addition, weapons are more powerful and feature new variations in attack patterns and speed to fit players’ individual tastes. Player choice is supported even further by the introduction of the Stat Allocation System, allowing players to choose where to place stat points as they level up. “Ascension” also includes a new Huntress build, costumes and more.

Part Two of the “Ascension” update, expected for release on Oct. 27, will roll out two new holiday-themed maps and a fresh Incursion, as well as new minibosses, hero builds, and spooky costumes, among other improvements.

Dungeon Defenders II is a third-person action-strategy game featuring classic role-playing elements like loot, leveling, pets and more. Players must build the ultimate champions and tactical defenses to protect the magical realm of Etheria from the invading waves of the Old Ones’ armies. The game advances the original Dungeon Defenders experience with new combat systems and abilities, supporting modes for single-player and four-person online cooperative multiplayer.

Dungeon Defenders II entered Steam Early Access late last year, and feedback from players has been instrumental in evolving the game since then. Today’s move to a free open alpha on Steam is the next step in Trendy Entertainment’s ultimate goal: officially launching Dungeon Defenders II as a free-to-play title supported by ethical in-game microtransactions on PlayStation4, PC, Mac and Linux.

Open alpha marks the end of full wipes for player progression, though limited resets and/or rerolls may arise based on continuing developments to the game.