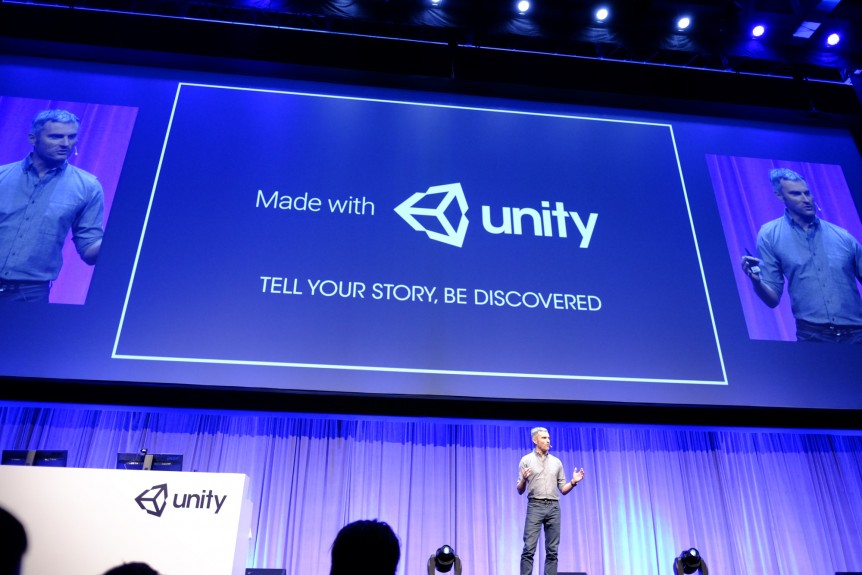 During the Unite Boston 2015 keynote address, Unity CEO John Riccitiello  introduces its new Made With Unity program, which the company hopes will offer a chance to developers using to get as much visibility as possible.

The site will have “directors commentary for games”, letting developers share the stories behind their games. At the moment the site features a Unity staff-penned “What We’re Playing” round up, links to existing coverage of Unity games, as well as original features from the developers of games like Lara Croft GO, Cuphead, and Kôna.

Beyond the Made With Unity push, the keynote also featured technical talks showcasing new features of Unity Cloud Build, including the fact that all Cloud build features will now be available in Unity personal edition for free, and updates to the engine’s tools for VR, AR, dedicated 2D games, and real-time global illumination. Finally, Unity Analytics manager John Cheng detailed an upcoming suite of tools designed for developers building in-app purchases into their games, like a unified interface for multistore IAP, universal reporting, and inventory management. The full keynote is viewable in the video below. The Unity Cloud features start at 1:18:45.

The Keynote was wrapped up with a presentation from Blizzard legend Rob Pardo on the importance of multiplayer aspects to games, the social cohesion they bring and the connections they help forge. Pardo has been working as something of a portable design consultant for Unity for the past few months, conducting a developer tour to meet Unity communities around the world and offer them some of his accumulated experience.

For more information about the Made with Unity, have a look at their mission statement: http://madewith.unity.com/stories/welcome-mwu