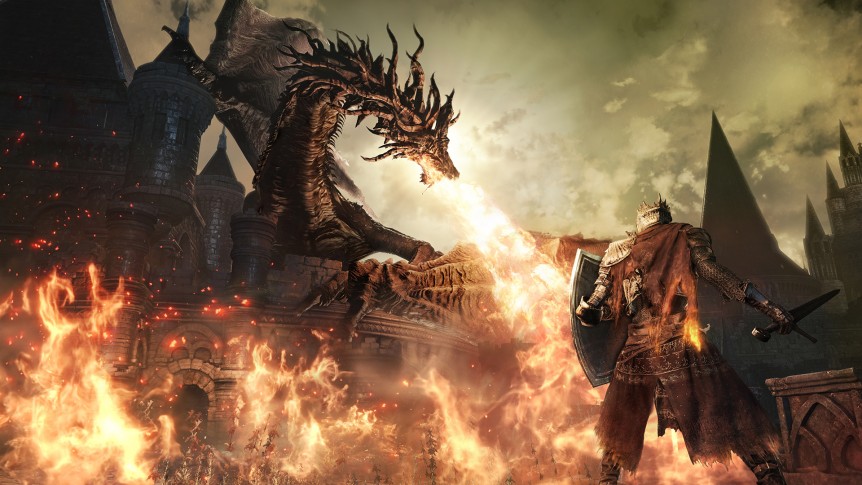 Developed by acclaimed Japanese developer FromSoftware and directed by Hidetaka Miyazaki, DARK SOULS™ III is the latest chapter in the critically acclaimed DARK SOULS series with its trademark sword and sorcery combat and rewarding action RPG gameplay. Players will travel across a wide variety of locations in an interconnected world of unrelenting challenge and deep RPG gameplay as they search for a way to survive the coming apocalypse.

“The DARK SOULS brand became a phenomenon thanks to amazing work from our dear partners FromSoftware and our very own BANDAI NAMCO Entertainment teams”. said Herve Hoerdt, Vice President of Marketing & Digital at BANDAI NAMCO Entertainment Europe. “But above all, we are blessed to have such a supportive and loving community, and we are happy to dedicate this final episode to them!”

DARK SOULS™ III will arrive on Xbox One, PlayStation 4 and PC early 2016.