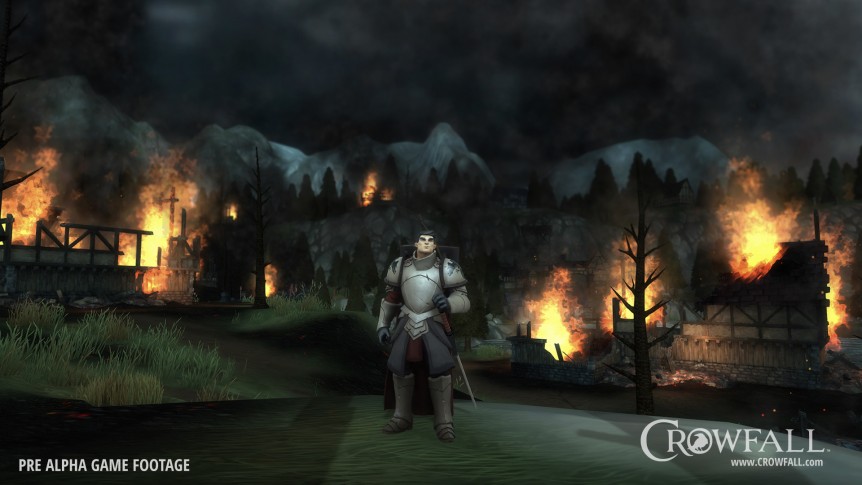 Independent game developer ArtCraft Entertainment today announced plans to provide localized web and game servers in Europe for the pre-alpha testing of the company’s massively multiplayer online (MMO) throne war simulator, Crowfall. The first phase will begin this week with the launch of a web site and a game server in Germany which will accommodate players across the EU. Service to other territories with support in seven languages will be added in coming months.

ArtCraft Entertainment also announced today the appointment of European game industry executive Andreas Weidenhaupt to the company’s formal advisory board, which includes Raph Koster and Ed Fries, among other industry luminaries. Weidenhaupt will also serve as the company’s European consultant and will oversee all aspects of ArtCraft’s operations in an effort to provide quality service for European fans.

Weidenhaupt began his career in the games industry when he founded OnlineWelten in 2004. The site grew to become one of the largest entertainment portals in Germany. In 2008, he co-founded Frogster Online Gaming GmbH, shortly thereafter expanding with Frogster America. He then went on to found Infernum Productions AG and its subsidiary, Infernum Studios GmbH, a one-stop shop for game publishing, marketing and operations.

While formulating their overseas strategy, ArtCraft’s founders quickly recognized that Weidenhaupt would be a perfect fit for the team and an integral force in the company’s success in Europe. Co-founder and President Gordon Walton said, “Andreas’ knowledge of the European MMO landscape has already proven to be invaluable in a very short time. We are fortunate to have someone of his caliber join our team as a means to demonstrate our commitment to Crowfall in the EU.”

Twice-recognized in Massive Online Gamer magazine’s annual list of the top 20 most influential people in massively multiplayer online games, Weidenhaupt’s wealth of experience made him the obvious choice to drive ArtCraft’s marketing and community strategy for Europe, beginning in his homeland of Germany.

“When I first heard about Crowfall, I knew that I had to be involved”, said Weidenhaupt. “It is a great pleasure and an honor for me to work with the ACE team and to help them bring their first title to the European market. I am absolutely sure that the European gamers will be as enthusiastic as their North American counterparts are about Crowfall.”

A new type of massively-multiplayer online experience, Crowfall is a Throne War Simulator, an MMO where kings, queens, mercenaries and assassins vie for supremacy using military strength, economic might and political power.