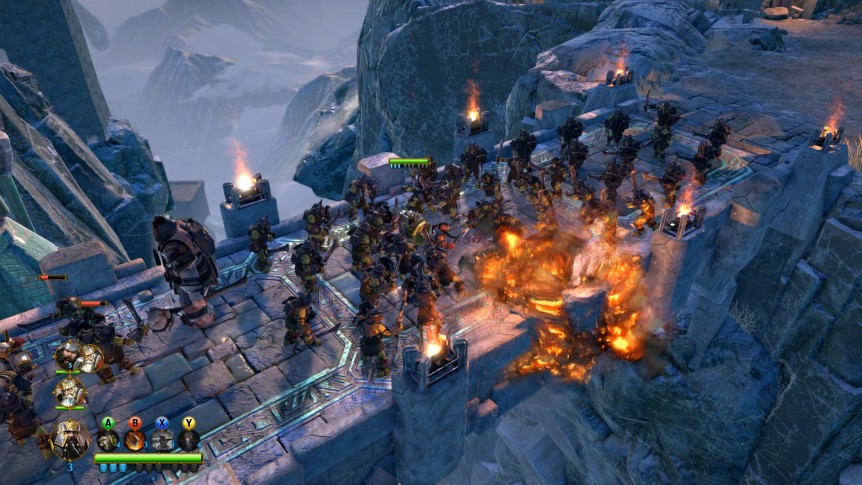 Following its debut at Gamescom last month, KING Art Games has announced that it has launched a crowdfunding campaign to help complete the development of its tactical RPG The Dwarves.

Based on Markus Heitz’ bestselling fantasy novel of the same name, The Dwarves is now in development for PlayStation 4, Xbox One and PC. Developer, KING Art Games, is known for its ability to create memorable characters and great stories, including The Book of Unwritten Tales 2 and Battle Worlds: Kronos. Both games were completed with the help of dedicated fans and supporters on Kickstarter, making KING Art Games one of the few companies to not only create two successful games via Kickstarter, but also to deliver them on time!

KING Art Games’ Creative Director Jan Theysen said:
“Dwarves – who doesn’t like these bearded mountaineers, with their joyful attitude, love of beer, stubbornness and loyalty? Did you watch The Hobbit and wonder why the epic quest of 12 heroic Dwarves was named after the one little Halfling with the hairy feet? We’ll end this tragedy and put the coolest fantasy race front and center in The Dwarves.

“Both of our previous crowdfunding campaigns have been a great experience for us. We could make the games the way we’ve envisioned them, and are sure that the final games were improved due to the early community feedback. So for us it’s a no-brainer to go to Kickstarter once more. If you want more beer, beards and battles in your life, The Dwarves is the game for you.”

Story & Characters: You will follow the story of young Tungdil Goldhand, a dwarf raised among humans, who embarks on a journey to find his lost origin. On his quest, Tungdil will meet up to 12 companions who can join his party, all with individual skills and their own backstory. Among them you’ll find the furious dwarf twins Boindil and Boendal, who’ve fought hundreds of battles. But there are also unusual figures like Rodario, a human actor, who is a weak fighter but knows every dirty trick in the book and can masquerade himself to catch his opponents by surprise.

Physics-based combat: The Dwarves will feature an unprecedented, physics-based real-time combat system. Battles will mostly feature a few brave heroes against huge hordes of enemies (think “Helm’s Deep” in The Lord of the Rings). And to fight back hundreds of orcs, but you’ll need some tricks. So imagine a swing of your hammer will not only hit the five orcs closest to you, but will also throw them backwards into the ranks of their filthy brothers… maybe pushing some of them down a cliff. The whole enemy crowd pushes and shoves, squeezes and stumbles all at the same time and it’s pure fun to raise havoc among them with special attacks and powerful spells.

World map & exploration: You can travel to over 200 locations on the dynamic map, where you will face enemy troops and varied quests. Your decisions will influence the story – will you face a raiding orc horde and risk your neck or do you allow them to plunder a nearby village? We bet the inhabitants won’t appreciate that! Many of the most important locations on the world map can be visited in detailed 3D isometric levels. Here you can talk to NPCs, trade, and explore the world and its rich history.

As a fellow dwarf, I can’t wait.