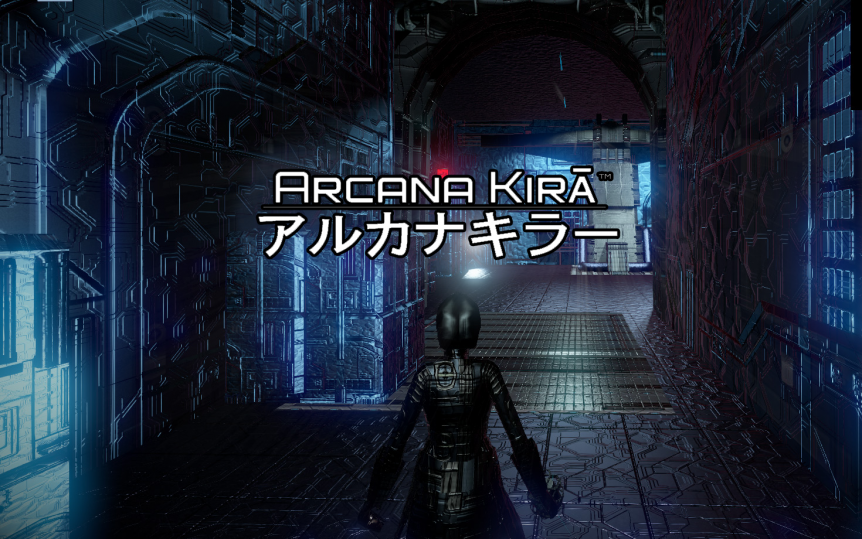 The game is Arcana Kira (アルカナキラー) an action role playing game mixed with 3rd person platforming gameplay, memorable characters, and a modern aesthetic. You play as the enigmatic Arcana Kira, a space assassin chasing a bounty that will make her rich enough to retire in luxury. But such bounties are hard to secure, especially on a huge alien world and across multiple trans-dimensional boundaries while fighting hoards of elemental beasts and bosses.

– Playable Alpha – New Version Available Each Friday –
Arcana Kira is currently an unlockable bonus in the Groupees “Be Mine 20 Game + Charity Bundle” that will be unlocked once 7700 bundles are delivered. If and when Arcana Kira makes it onto Steam, all previous owners of the game will receive Steam keys. The bundle includes a wide range of games including Pier Solar and the Great Architects, Morningstar, Hektor, Shadowgate, Time Mysteries: Inheritance – Remastered, Z.A.R, Lightrise, and Angels That Kill. It also includes the following albums: Acherontic Dawn, Med Downline – Test Subject, and The Luna Sequence -This Is Bloodlust.

Arcana Kira is currently in Alpha state of production, meaning feature & content are not complete, and the game still has known bugs. Each Friday, Black Lodge Games releases a new playable Alpha, with a planned 14 Alpha releases before hitting beta August 21, 2015. If the game isn’t fun by that time, and fully implemented, then it will continue to progress with weekly Alpha updates each Friday until it does hit beta. However, progress is looking on target for an August 21, 2015 beta date, and a November 2, 2015 target release date.

It’s been almost 3 weeks since Arcana Kira first hit playable alpha, and each week there has been one or more new playable builds available for pre-order customers. These aren’t minor additions either. The game has undergone a lot of content changes in just 3 weeks, including the addition 3 dungeons, a new starting point for the game (inside your ship), major camera coding changes, and a whole list of squashed bugs.