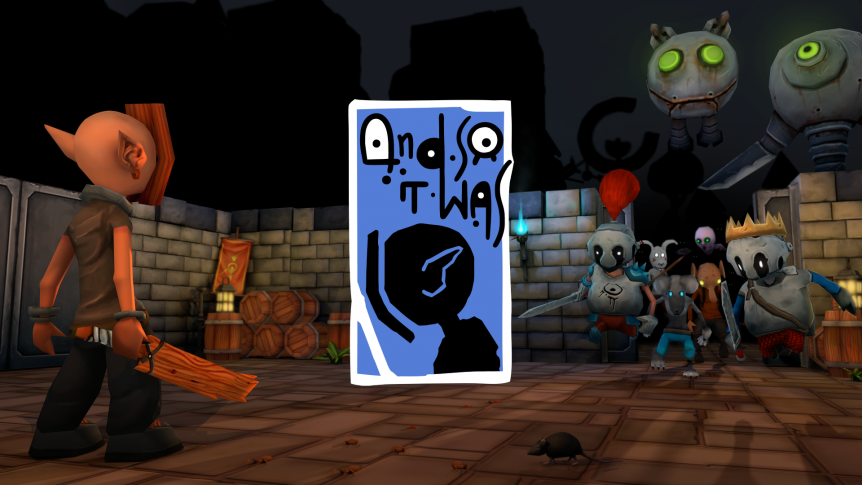 You are the Boy. You wake up in a prison cell. As you get your bearings, you are suddenly released. Where are you? Who are you? Explore dungeons, woods, mines and more to figure out (or indeed remember) the truth. The answers are out there, though they might not be what you expect.

The main features of the game include:

After 4 years of work by a one-man team, the development of And So It Was is nearing completion. The game is currently on Indiegogo, asking for help to cover the final few months of development. The final game will release in 2015 for Windows. Mac and Linux versions are also in the works.

There is also a public alpha demo available: http://yanneyanen.itch.io/asiwdemo